The Army and Politics in Zimbabwe: Mujuru, the Liberation Fighter and Kingmaker 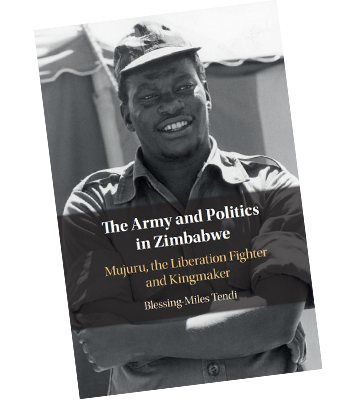 An illustrious African liberation fighter in the 1970s and, until his suspicious death in 2011, an important figure in Robert Mugabe's ruling ZANU PF party in Zimbabwe, this first full-length biography of General Solomon Mujuru or Rex Nhongo throws much needed light onto the opaque elite politics of the 1970s liberation struggle, post-independence army and ZANU PF. Based on the unparalleled primary interviews with informants in the army, intelligence services, police and ZANU PF elites, Blessing-Miles Tendi examines Mujuru's moments of triumph and his shortcomings in equal measure. From his undistinguished youth and poor upbringing in colonial Rhodesia's Chikomba region, his rapid rise to power, and role as the first black commander of independent Zimbabwe's national army, this is an essential record of one of the most controversial figures within the history of African liberation politics. 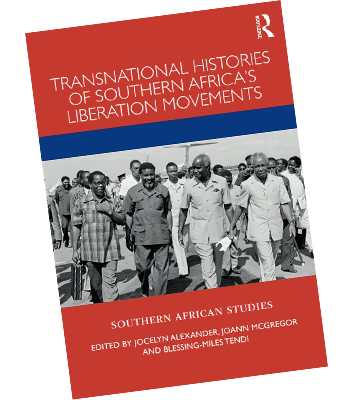 The Transnational Histories of Southern Africa's Liberation Movements offers new transnational perspectives on southern Africa's wars of national liberation, drawing on extensive oral historical and archival research. Assuming neither the primacy of nationalist loyalties as they exist today nor any single path to liberation, the book unpicks any notion of a straightforward imposition of Cold War ideologies or strategic interests on liberation wars. This approach adds new perspectives to the rich literatures on the Global Cold War and on solidarity movements. Expert contributors trace the ways that ideas and practices were made, adopted, and circulated through time and space through a focus on African soldiers, politicians and diplomats. The book also asks what motivated the men and women who crossed borders to join liberation movements, how Cold War influences were acted upon, interpreted and used, and why certain moments, venues and relations took on exaggerated importance. The connections among liberation movements, between them and their hosts, and across an extraordinarily diverse set of external actors reveal surprising exchanges and lasting legacies that have too often been obscured by the assertion of monolithic national histories. Tracing an extraordinarily diverse set of interactions and exchanges, The Transnational Histories of Southern Africa's Liberation Movements will be of great interest to scholars of Southern Africa, Transnational History and African Politics.

Politics, Patronage and the State in Zimbabwe [co-edited with Jocelyn Alexander and JoAnn McGregor] 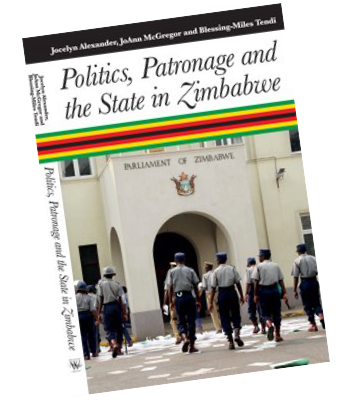 "In this important, deeply nuanced collection, a range of scholars of Zimbabwe bring together fine-grained analyses of crisis-related transformations in state institutions, political economies and the practices of politics. The historically grounded and empirically rich contributions address in new ways familiar themes in African politics such as authority, politics, patronage, violence, legitimacy, and accumulation. This is a necessary and compelling addition to the established body of literature on Zimbabwe itself, and equally a sophisticated counter-point to the limitations of much scholarship on politics and states in Africa. Indispensable reading."
- Amanda Hammar, Centre of African Studies, Copenhagen University

Making History in Mugabe's Zimbabwe: Politics, Intellectuals and the Media 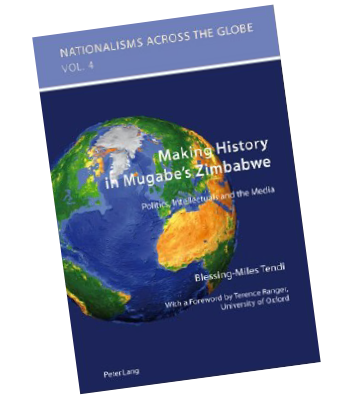 The crisis that has engulfed Zimbabwe since 2000 is not simply a struggle against dictatorship. It is also a struggle over ideas and deep-seated historical issues, still unresolved from the independence process, that both Robert Mugabe's ZANU PF regime and Morgan Tsvangirai's MDC are vying first to define and then to address. This book traces the role of politicians and public intellectuals in media, civil society and the academy in producing and disseminating a politically usable historical narrative concerning ideas about patriotism, race, land, human rights and sovereignty. It raises pressing questions about the role of contemporary African intellectuals in the making of democratic societies. In so doing the book adds a new and rich dimension to the study of African politics, which is often diluted by the neglect of ideas.